An unexpected visitor showed up in our garden this afternoon…what a nice surprise! So I added “turtle watching” to my list of weekend activities and started thinking about the tortoise and the hare. Does slow and steady really win the race?

Most brands are built over time with steady, consistent branding that accurately communicates the brand personality and brand promise. Repetition of core messages, use of consistent graphical elements, etc. all slowly build a brand image and tell the brand’s story. Rome wasn’t built in a day and most great brands weren’t, either. Coke’s first ad campaign was in 1892! Their brand has been one of the most visually consistent throughout the years – a great example of how to build brand equity.

I had a client who once paid for Twitter followers. That didn’t turn out so well. Why? Because the people who were following him weren’t really interested in his product or what he had to say. It was just about the numbers and amassing a large following. Social media is about building relationships and quality relationships take time. Would you rather have two thousand followers who are only following you because you’re following them back, or two hundred followers who are actively engaged with your content?

Does slow and steady really win the race? Do brands (and people) who consistently plug along come out on top? To me, there’s an implied sense of focus that comes with steadiness and consistency. Darting from one thing to another (or from one topic to another) doesn’t really build a brand or a social community. Quick fixes usually don’t work, whether it’s rebranding without the proper research or paying for Twitter followers.

So there you have it. A quick little blog post about taking things slow.

Added bonus: Here’s a video of our visitor.

“Are you sure my shell won’t fit under the fence?” 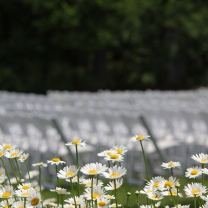 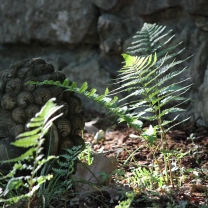