I had the pleasure of hearing Nichole Kelly, author of How to Measure Social Media, speak on Social Media ROI at the Y’all Connect Conference in Birmingham, Alabama yesterday and forwarded an article to her on Twitter about integrating a Word of Mouth Index (WoMI) with the Net Promoter Score, which she had discussed. 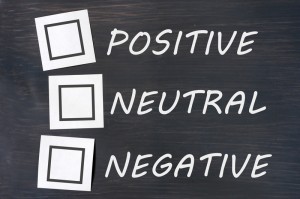 Net Promoter is simply asking your customers or prospects how likely, on a scale of one to ten, they are to recommend you. This information can then be used to identify “promoters,” “passives,” and “detractors.” Nichole has a great article  about using Net Promoter to find your advocates. Mack Collier, author of Think Like a Rock Star, who has also written about the Net Promoter Score and how fans create cash, chimed in on our Twitter conversation. He disagrees with the scale, which marks anyone scoring less than six, a detractor. He’s probably writing an article about that right now, but I wanted to talk more about the gap in brand advocacy. In other words, why do some brands with high customer satisfaction scores have low advocacy mentions? Also, could someone who scored as a “passive” actually be a “passive promoter,” as Mack suggests? Can brand advocates rise out of passivity?

I’m more likely to be an advocate if you, as a brand, make it very easy for me. Case in point: my hotel stay at the conference was quite nice. In fact, there was one employee in valet parking (yes, I splurged because I knew I’d be out after dark and it was supposed to rain) who really impressed me. Janae (sp?) was great. She greeted me with a smile when I first arrived and told me it was no problem to check in and freshen up before heading out to the conference social. My car would not be towed, as the sign suggested, but would be waiting on me right where I left it. Also, she told me that it was no problem to have my car brought to me first thing the next morning to load my luggage after I checked out, and then have it parked again until after the conference. The next day, after the conference, Janae was there when I walked out to get my car. Of course she remembered me and of course, she was just as sweet and helpful. I liked Janae. I remembered Janae after I got home. So I decided to visit the hotel’s website and shoot an email to the manager. (Shelly Kramer will be glad that I chose email!)

Well…I guess that most general managers of hotels don’t post their email addresses because they’re afraid they might get a lot of complaints? I don’t know the reason, but I couldn’t find it. I saw a button that said, “review” and thought, “Okay; I’ll post a review.” I clicked on the button and went to a page with a form. No problem. Well, at least not until I needed my reservation number. That was in an email from….when? A couple of days ago, at least. I didn’t have the time or the energy (after the conference) to search for it. Click. I was gone.

My story doesn’t end there, though. I went back to the hotel’s site, found the phone number and called. I asked for the general manager. The person who answered the phone wanted to know WHY I wanted to talk to the general manager. Only after I assured her that this was a positive call, did she give me his name and put me through to his assistant. When the assistant answered, she told me that he was off the property all week. Okay. I told her why I was calling and she said, “If you would, please do this.” I thought to myself that if she continued by telling me to go to their website and click on the review button I would hang up, but she didn’t. She gave me his email address and encouraged me to send an email so that he could recognize Janae appropriately.

What do I call this? Good old-fashioned brand advocacy. You can’t really call it social advocacy. Could I have looked up my reservation number, filled out and submitted the form in the same amount of time it took to get through to the general manager’s assistant? Probably. But I was on a mission for sweet little Janae. If you had asked me how likely I was to recommend the hotel after my stay, I may not have answered with a 9 or a 10. Why? I wasn’t “recommending” the hotel. I was “commending” the outstanding service provided by one of their employees. I didn’t want to write a review; I just wanted to compliment an employee. Does that make me a passive promoter or a brand advocate?

Here’s “the rest of the story” and what drove me to write this article. Heather Taylor, VP of Social Content at Social@Oglivy was the guest on today’s #Brandchat on Twitter. We discussed brand advocacy and Social@Oglivy’s 2013 Global Brand Advocacy Report. In the report, some of the studied hotels reported guest satisfaction scores of 80% or more, while they found less than one advocacy mention per 100 stays. This indicates a huge social advocacy gap. I think that this is due, in part, because the brands are not enabling that advocacy. The hotel I stayed at had a Facebook page, but I would have preferred a Twitter account that I could have followed and mentioned in a tweet about Janae. That would have been easier for me. Or, if the form for the review had a place to give a quick “shout-out” to an employee, that would have worked. I might have been willing to look up that reservation number if I saw a quick, easy way to give feedback.

Brands need advocacy programs that make it easy for customers (and prospects) to engage. When that fails? Some of us use good old-fashioned methods – like making a phone call. Others? Click.

*I have to state for the record that the hotel sent me an email with a link to the review form and the net promoter question was there. That’s good. I didn’t fill out the form. That’s not.

**I also have to state that I have not yet emailed the general manager. 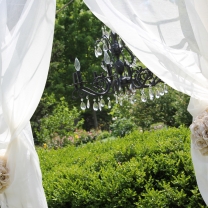 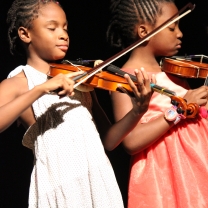